Back to main web site

Notices are shown in chronological order, with the most recent notices shown first. Older notices may be found in the archive at the bottom of this page.


A copy of the Draft Hazard Mitigation Plan is available for review at the Selectmen Meeting scheduled for September 20th beginning at 5:30PM.

Written comments may be addressed to Robert Greenwood, Emergency Management Director, and mailed to the Meeting House, 432 RT 123, Sharon, NH 03458; or by email to Robert Greenwood at greenwodandsons69@gmail.com or Lisa Murphy at lmurphy@swrpc.org.

Due to the State Primary Election, the Town Clerk's office will be closed for office hours on Tuesday, September 13th.

The Selectmen will be holding a Special Meeting on Thursday, September 15th at 5:30PM to meet with candidates to fill the Road Agent position.

The State Primary Election will be held on Tuesday, September 13, 2016. Polls will open at 11:00AM and close at 7:00PM at the Sharon Meeting House. Below are sample ballots for each party. 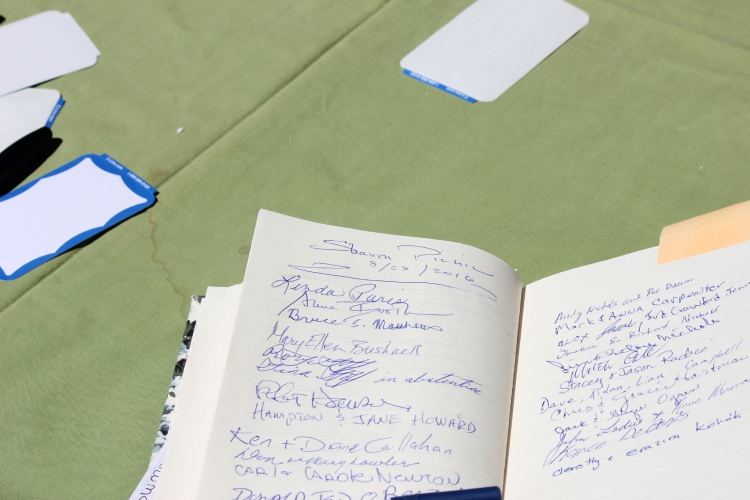 At its 125th annual Sharon Picnic, residents of the town celebrated its past, discussed its present, and embraced its future.
The now-yearly event at Willard Bass Park goes all the way back to 1890, when a group of Sharon residents gathered in what was then called Hadley’s Grove until it was bought by the town with the help of Samuel Willard Bass. Today, the Bass Park Society still brings the town together every August alongside Route 123.
“If you look at the Sharon history, there’s a lot about this picnic they’ve been having for a long time,” Patrick Galbraith said.
He has lived in Sharon for 10 years and only misses the picnic when he is traveling. His children, 6-year-old Kiran and 5-year-old Sarah, come with him when they can.
Kiran and Sarah have lived in Sharon their whole lives, but that is not that long yet. Carl Newton says he might be the oldest resident born in Sharon, but is not sure. He was part of the first ConVal High School graduating class and serves Sharon as a selectman.

Bruce Matthews, who has lived in Sharon since 1941, says he missed the past two picnics but otherwise has made them all.
“It’s changed a lot since the mid-’40s,” he said. “The town, I think in the past 20 years the number of houses has doubled.” 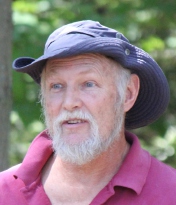 After the picnic, a crowd gathered for cake and ice cream at the Town Meeting House.
Dedicated in 2007 after first being brought up for a vote in 1801, the Meeting House was funded by a ten-year mortgage.
In a ceremony on Sunday, Newton and Town Moderator Rory Goff “retired” the mortgage, burning a copy at the picnic. “We had to take out a loan and that has been paid off,” Goff, a Sharon resident since 1987, said.
Because Sharon is required to have the picnic every year to retain the property, and because it is a unique chance to bring the whole town – Newton said about 60 people came – together, it will continue into the foreseeable future.
Maybe someday in many years one of the many children seen playing games and eating cake will be talking about how much things have changed.

Images from the picnic in Bass Park and the ice cream social at the Meeting House
(Pictures taken by Selectman, Linda Paris) 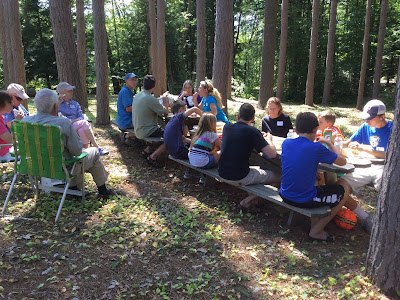 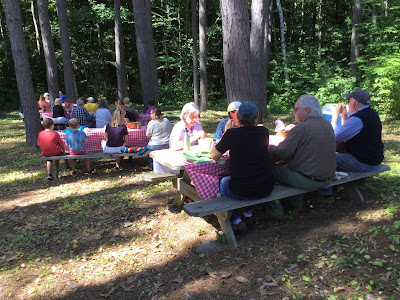 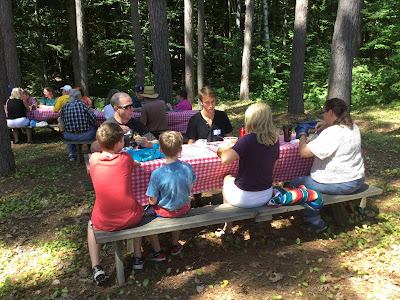 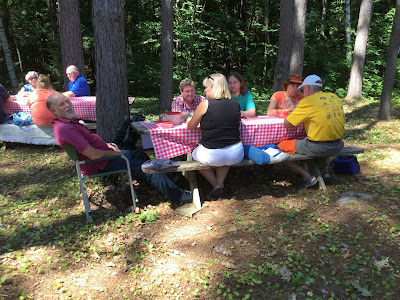 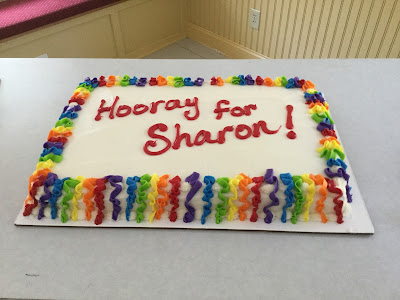 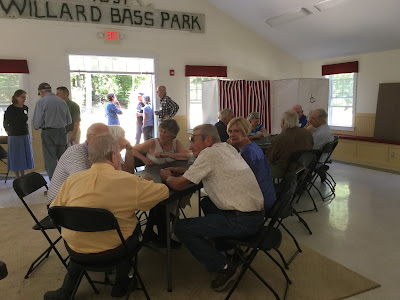